How to Stop Caring What Other People Think 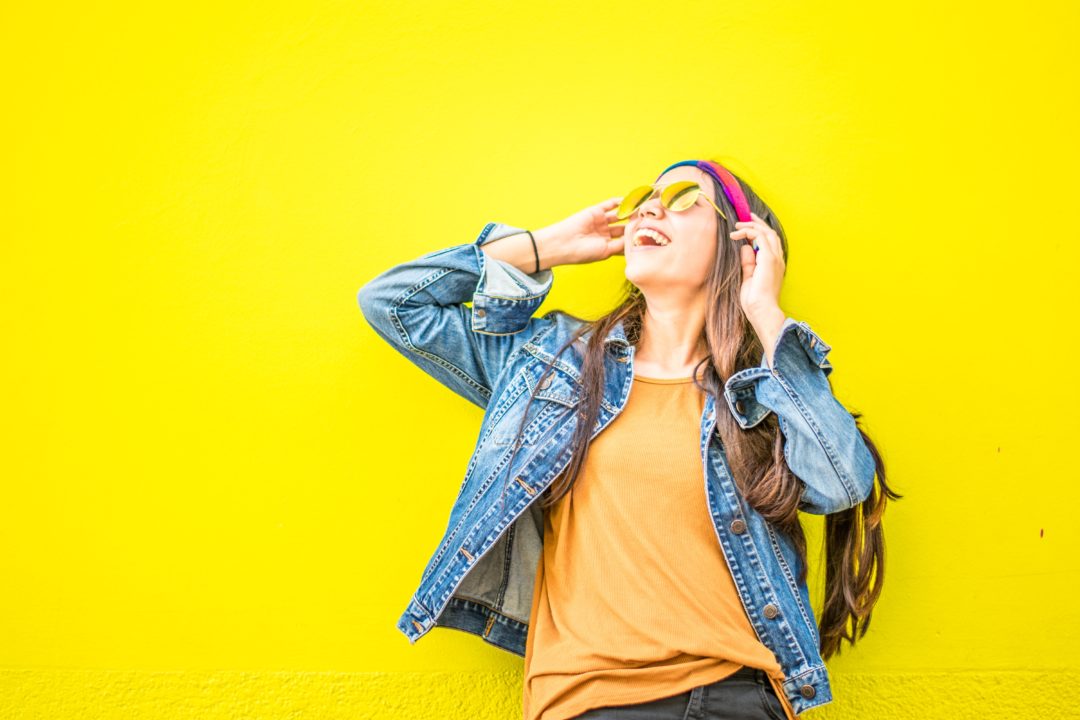 Let’s get real here. We all know we do it: from the moment we wake up, we live our lives caring what other people think of us because it’s part of our nature.

Sooner or later, we become so wrapped up thinking about how other people perceive us, that we forget to live our life on our own terms—and not everyone else’s.

Today, I’m going to give you a no-bullshit guide on how to stop caring what other people think of you.

Busy bee? Listen to this blog post in audio format:

Why Do We Care so Much About Other People’s Opinions?

If you think about it, an opinion is actually… a thought. For example, if you see someone as beautiful, your thought is that they’re beautiful. If you perceive someone to be not as smart as you are, you label them in your head as “not that smart”. But that doesn’t necessarily mean that your thoughts represent reality. They represent your version of it.

So, when you’re thinking about what other people think of you, you’re actually trying to guess what they perceive to be true about you. This is a very important distinction to make.

Now, that we’ve got that out of the way, let’s figure out why the thoughts that other people have, bother us so much.

First of all, we are social creatures. One of our needs is to communicate with others to feel connected and less threatened, which is directly linked to our survival. This was especially important in the past centuries when your survival depended on whether on not other people accepted you into their tribe, village, or community.

So, if we look at it from an evolutionary perspective, our lizard brain (the part of our brain which is concerned with our physical survival), is telling us to watch out for signs of danger all the time. If we’re always on the lookout for potential enemies, we can protect ourselves from getting hurt.

But is that true? Especially in the 21st century, when your survival no longer depends on you not being excluded from the village?

We’re no longer hunting animals in the jungle or having fights with sharp stones with other villagers who want to steal our food. In other words, society has evolved faster than our brains.

However, our brains continue to look for danger: the type that gets you killed by dangerous animals or expelled from the community your life depends on. So, why let it bother us so much? And, most importantly, how can we stop doing this to ourselves?

Stop Trying to See Yourself from Other People’s Eyes

—and everyone else, for that matter—are not especially good at doing it. Most of what you think other people think of you is actually not true. This whole fantasy happens in your mind when you feel anxious or stressed. It has nothing to do with reality.

So, if you think somebody doesn’t like you, ask yourself the following question: Is that a fact? A fact, in this nario, would be that they told you that they didn’t like you. A fantasy is something you made up in your mind to interpret an event that happened between the two of you.

If it’s a fact, the first thing you need to do is dig deeper into yourself. If their opinion of you bothers you so much, you can get some clarity by asking yourself the following questions:

✔  What do their words trigger in me?

For example, if somebody told you that you were stupid, but you’re confident that you’re smart, you won’t really accept their opinion of you, and would probably laugh at how ridiculous that sounds. But if you’re insecure about your skills or abilities, you may get offended, and maybe you would secretly start looking for reasons why they were right.

The next step is to realize where this is coming from.

✔  Did somebody ever call me that way before?

Did that insult come from your parents? Or is there something traumatic that happened to you in high school? Whatever the event was, take a deep breath and try to remember as vividly as possible. Take a step back and write down whatever comes to your mind, then come back to finish the rest of the blog post.

Now that you have it written down on paper, it’s time to realize two things:

You are not the person that you used to be.

You’re older, wiser, stronger. You didn’t deserve to be treated that way and you will probably continue to relieve the feelings from that event. But you can deal with it now, because you’re not a child anymore, and you have yourself, which is the most important thing in the world.

That’s right. Their opinions are their thoughts. Their thoughts are based on their perception of the world.

Don’t let other people’s opinions dictate your life. Live your life the way you want to and focus on your goals and dreams instead of pleasing everyone around you. Believe me, you will see the difference.

Remember: opinions are just thoughts. Don’t let other people’s thoughts control the way you feel about yourself. Moreover, don’t let their thoughts stop you from turning your dreams into reality.

…And if you don’t quite think this way, I’m here to coach you until you start !