3 Limiting Beliefs About Money (And How to Change Them) 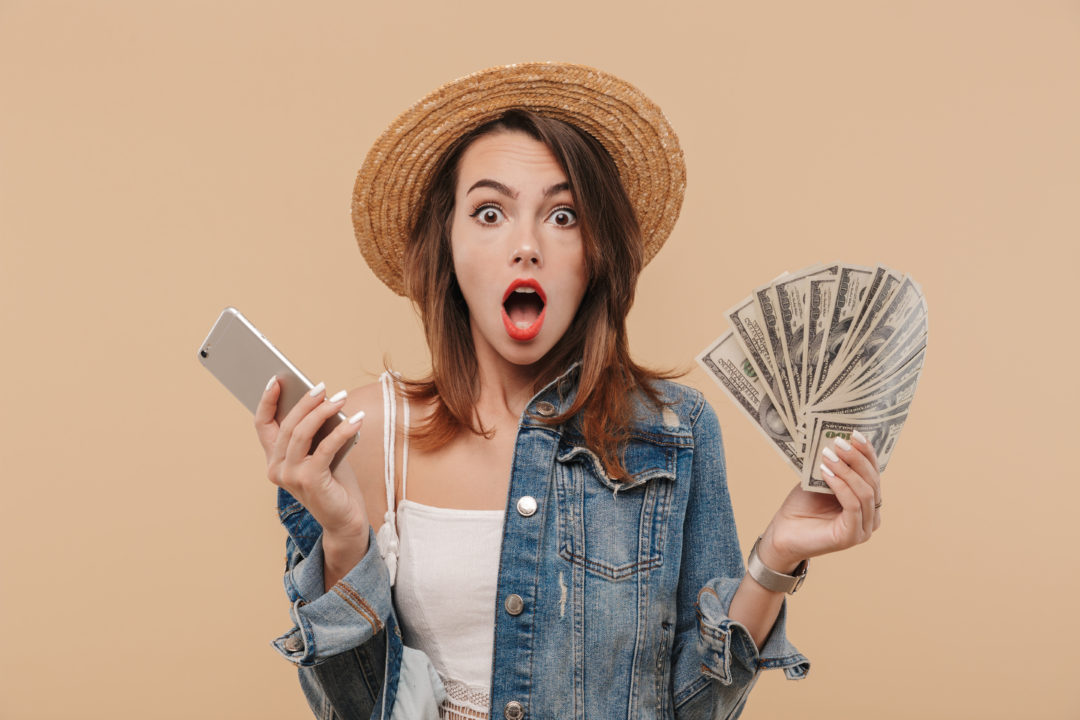 Let me just start off by saying that for a very, very long time, money was not a topic that I felt comfortable discussing with other people. It brought me anxiety to just even think about it.

I’ve come a very long way when it comes to money. I had all of these limiting beliefs that I’m going to share with you today, but I changed each and every one of them, and now I’m going to show you how.

You can listen to the audio version of this blog post here:

So, what are the 3 most common limiting beliefs that people have about money?

If you’re living your life through a scarcity mindset—the belief that, no matter what you do or what happens, you’re not going to have enough—then that mindset might be what’s actually keeping you poor.

If you were brought up in a family where earning enough money was a challenge, or if your parents felt uncomfortable talking about money in the first place, then that’s where your scarcity mindset may be coming from.

The good news is: you can change it. You don’t have to get frustrated or depressed every time you see things that you like, but can’t afford. And you don’t need to put yourself down for not earning as much as your friends when you get together to have dinner.

Instead, you can change the way you approach your finances, take responsibility for your income, stop being a victim of circumstances, and start being a maker of your future. This is the abundance mindset, or the belief that you can achieve anything you set your mind on and work to achieve.

The first step is to find the cause of the problem. Acknowledge where your scarcity mindset came from. Can you remember, back in your childhood, teenage, or young adult days, a certain situation where you felt like money was tight and you experienced financial anxiety for the first time?

Do you associate money with something that you need to grasp and hold onto tightly because it’s not something you can sustain? Where is that fear coming from? Is it from a belief about yourself, for example, because you think you don’t earn enough to support yourself or your family? Or it is a belief coming from the outside, like the memory of your parents scolding you for wanting things they couldn’t afford?

Now that you’ve found the source of your scarcity mindset, try to become as conscious of your limiting beliefs as much as you can. Every time a thought associated with not having enough money crosses your mind, identify it, label it, and let it go. Just like you do with the tens of thousands of thoughts that go through your head on a daily basis.

If your limiting thoughts become too overwhelming, try replacing them with thoughts like ‘I know I am afraid, but there’s no reason. We have enough money for everyone this month.’ or ‘I’m worried about not earning enough. That’s what my mother or father used to say. That’s not my truth anymore. I have enough money and I’m confident in my abilities to make more if I have to.’

If these thoughts sound ingenuine to you, replace them with something that’s more applicable to you. Each of us is a different person whose belief system was shaped by different circumstances. It all depends on your own experiences and the feelings attached to them.

2.‘Money is the root of all evil/People who have money are greedy/I don’t want to become a sellout’

For better or worse, this limiting belief about money is really popular with people who are into spirituality or religion. As a spiritual person myself, I had a huge problem reframing this one for a long time. Why? Because the idealistic part of me thought that, without money, we would all be better off and society would function in a radically different way.

But you know what? That exact thought stopped me from wanting a promotion when I knew I deserved it, and it led me to undervalue my services as an advertising copywriter for years.

That’s when it hit me! The root cause was an ever deeper belief ingrained in my system: I thought I didn’t deserve to have money. I believed that if I had more money I would become greedy, and therefore less spiritual.

I couldn’t be farther from the truth.

Sure, there are people who become pretty malicious when they have money, but guess what? 9 times out of 10, they weren’t really that well-intended begin with.

Money itself is not the root of all evil. But it gives us the power to express our true colors. Click To Tweet

The best way to change this belief is to expand your circle of friends. Try to meet people who have done well for themselves. For me, personally, I’ve met very rich people who are actually some of the kindest and well-intentioned people I know. I always like listening to stories on how they became wealthy and learn from them.

Most of the time, people who have financial abundance look at the world in a different way: they see the bigger picture because they don’t worry about the necessities. They value their time and spend it only on things that actually intrigue them or that create value for them in the long-term, and they are actually some of the wisest people I’ve ever met.

The truth is that, once you have a lot of money, you understand that money is not everything and, in some cases, you become more humble than before. So, yeah, this one is entirely up to you.

3. ‘Money is meant to be spent/Let’s have fun and live for the moment/Don’t worry, money will come from somewhere’

I won’t lie: I spent all of my teenage years being one of those hedonists who believed that there was no reason to save money. I used to say: ‘Life is short and you have to live like there’s no tomorrow!’

The older I got, the more I realized that living for the moment wasn’t doing it for me anymore. I had to step back, zoom out, and look at the bigger picture. So, I started planning for the future.

I read three books that completely changed my mindset on money and I want to recommend them to you: ‘Rich Dad, Poor Dad’ by Robert Kiyosaki, ‘The Richest Man in Babylon’ by George Samuel Clason, and ‘I Will Teach You to Be Rich’ by Ramit Sethi.

Each one of these books will teach you to think long-term when it comes to money, save more, and invest so that your money saved starts to generate even more money.

I’m no financial advisor but, as a coach, I’ve changed my own mindset and the mindset of many of my clients simply because I no longer associate money with something negative. I love money, I appreciate money, and let money have a place in my life without turning it into the purpose of why I do what I do. Because that’s not what money’s for.

Money gives you freedom, but you can become its prisoner if you don’t know how to approach it and handle it wisely. That’s why I recommend constantly educating yourself on money, while staying both humble and generous. At the end of the day, we’re all human beings doing our best to survive and experience as much as we can in this lifetime.

Before we try to judge someone who’s wealthy, we should ask ourselves: ‘What am I failing to see that’s been bothering me?’ Then, work directly on changing that belief from its very core.

3 WAYS TO EMPOWER YOURSELF AS A WOMAN